When you should see your gynecologist for abnormal periods:

You haven’t had a period for 90 days!

You have a period more often than every 21 days!

You have a period less often than every 35 days!

Your period lasts for more than a week!

You bleed between periods!

Your periods are extremely painful! 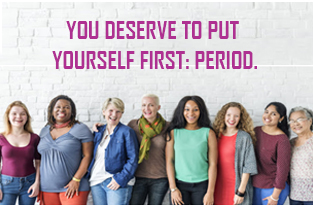 Menstrual problems are very common, no woman escapes from some sort of disorders. Menstruation is the part of women’s life and it is a healthy phenomenon. Although healthier have its inconveniences and annoyances during menstruation. Some women get irregular periods or periods that come regularly but with longer intervals in between. Others have a “flood” of blood each month, which makes normal life difficult and embarrassing. A few women have a combination of problems! Unusual periods do not necessarily mean there is anything wrong with you. Spotting, premenstrual tension is common during this time. Headache, giddiness, acne and heaviness in breast are also commonly experienced by woman.

Menstruation is shedding of the lining of the uterus in approximately monthly cycles through a woman’s reproductive life, except during pregnancy. Menstruation starts during puberty and stops permanently at menopause.

The menstrual cycle begins with the first day of bleeding, which is counted as day1, normally ranges from about 25 to 36 days. Only few of women have cyclesthat are exactly 28 days. Menstrual bleeding lasts for 3 to 7 days, averaging 5 days. Blood loss during a cycle usually ranges from ½ to 2 and ½ onces.

The menstrual cycle is regulated by hormones. Pituitary gland, ovaries and uterus should be healthy to menstruate regularly. Pituitary is controlled by hypothalamus, which can alter it’s function to our emotions such as shock, fear, mental illness.

PMS is an unpleasant or uncomfortable symptom during your cycle that may temporarily disturb normal functioning. These symptoms may last from a few hours to many days, and the types and intensity of symptoms can vary in individuals.

Premenstrual Dysphoric Disorder (PMDD) is a much more severe form of PMS which affects approximately 3%-8% of women of reproductive age. PMDD requires treatment. According to the American College of Obstetricians and Gynecologists, nearly 85% of women experience at least one common symptom associated with PMS during their reproductive years. An estimated 5% have symptoms so extreme they are disabled by the condition.

Although each individual may experience symptoms differently, the most common symptoms of PMS can include any of the following:

Simple modifications in lifestyle can help eliminate or reduce the severity of symptoms, including:

Amenorrhea is characterized by absent menstrual periods for more than three monthly menstrual cycles. There are two types of amenorrhea:

Amenorrhea can occur for a number of reasons as part of the normal course of life, such as pregnancy, breastfeeding or menopause. Or, it may occur as a result of medications or a medical problem including:

Dysmenorrhea is characterized by severe and frequent menstrual cramps and pain associated with menstruation. The cause of dysmenorrhea is dependent on if the condition is primary or secondary. With primary dysmenorrheal, women experience abnormal uterine contractions resulting from a chemical imbalance in the body. Secondary dysmenorrhea is caused by other medical conditions, most often endometriosis. Other possible causes may include:

Any woman can develop dysmenorrhea, but those who are at increased risk include:

The most common symptoms may include:

Menorrhagia is the most common type of abnormal uterine bleeding and is characterized by heavy and prolonged menstrual bleeding. In some cases, bleeding may be so severe that daily activities are disrupted.

Other types of this condition, also called dysfunctional uterine bleeding, may include:

There are several possible causes of menorrhagia, including:

A diagnosis can only be certain when the physician has ruled out other menstrual disorders, medical conditions or medications that may be causing or aggravating the condition.

Other diagnostic procedures may include:

Your doctor may suggest a psychiatric evaluation to rule out other possible conditions, or ask you to track your symptoms in a journal to better assess the timing, severity, onset and duration of symptoms.

A specific treatment plan will be determined by your doctor based on factors such as:

Discussing your menstrual disorder symptoms with your doctor can help determine what type of treatments can best reduce or relieve your symptoms, including: