Obstetrics is the field concentrated on welfare and care of pregnancy, childbirth and postpartum period.

Main area of services provided under this are: 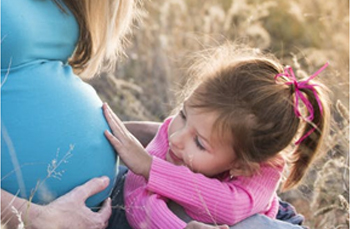 Prenatal care is screening and taking care of various complications of pregnancy and to identify and manage high risk pregnancy. This includes routine office visit with physical examinations and routine lab test.

Routine test in first trimester of pregnancy generally include:

Obstetric ultrasound sonography is routinely used for dating the gestational age of a pregnancy from the size of the fetus, determine the number of fetuses and placenta, evaluate for an ectopic pregnancy and first trimester bleeding, the most accurate dating being in first trimester before the growth of the foetus has been significantly influenced by other factors. Ultrasound is also used for detecting congenital anomalies (or other foetal anomalies) and determining the biophysical profiles (BPP), which are generally easier to detect in the second trimester when the foetal structures are larger and more developed. Specialised ultrasound equipment can also evaluate the blood flow velocity in the umbilical cord, looking to detect a decrease/absence/reversal or diastolic blood flow in the umbilical artery.

A pregnant woman may have medical or surgical condition that is, other diseases or conditions (not directly caused by the pregnancy) that may become worse or be a potential risk to the pregnancy.

Induction is a method of artificially or prematurely stimulating labour in a woman. Reasons to induce can include preeclmpsia, foetal distress, placental malfunction, intrauterine growth retardation and failure to progress through labour increasing the risk of infection and foetal distresses.

During labour, the obstetrician carries out the following tasks:

The main emergencies include:

Postnatal care is care provided to the mother following parturition.

A woman who is delivering in a hospital may leave the hospital as soon as she is medically stable and chooses to leave, which can be as early as a few hours postpartum, though the average for spontaneous vaginal delivery (SVD) is 1–2 days, and the average caesarean section postnatal stay is 3–4 days.

During this time the mother is monitored for bleeding, bowel and bladder function, and baby care. The infant’s health is also monitored.