As women move towards the menopause menstruation becomes erratic and eventually stops. There are a number of secondary effects described as ‘menopausal symptoms’.

The climacteric, menopausal transition stage, or perimenopause, is the period of change leading up to the last period. The menopause itself is a retrospective diagnosis of the time when menstruation permanently ceases. It can only be defined with certainty after twelve months’ spontaneous amenorrhoea. 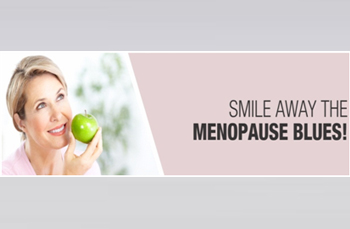 Factors which can affect the age at which women have their final period include age at menarche, parity, previous oral contraceptive history, BMI, ethnicity and family history.

Many women do not seek medical advice for menopausal symptoms. Variations in consultation patterns for menopause depend on many factors, including cultural and educational differences as well as psychosocial difficulties.

The menopause is a natural phenomenon which occurs in all women when their finite number of ovarian follicles becomes depleted. As a result, oestrogen and progesterone hormone levels fall, and luteinising hormone (LH) and follicle-stimulating hormone (FSH) increase in response.

The menopause can be ‘induced’ by surgical removal of the ovaries or by iatrogenic ablation of ovarian function by chemotherapy, radiotherapy or by treatment with gonadotrophin-releasing hormone (GnRH) analogues.

What it does to you?

The menopausal transition stage usually begins when women are in their mid-to-late 40s. The final menstrual period (FMP) usually occurs between the ages of 45 and 55. The average age of the menopause in women is 51 years.

Around 80% of women going through their menopause experience symptoms and around a quarter have severe symptoms, but only a small proportion of menopausal women take hormone replacement therapy (HRT) Symptoms of the menopause last far longer than most women anticipate; frequent menopausal vasomotor symptoms, including night sweats and hot flushes, persist in more than half of women for more than seven year.

These may include brittle nails, thinning of the skin, hair loss and generalised aches and pains. These are due to falling oestrogen levels.

Investigate or not to?

The diagnosis in the majority of women is a clinical one and investigations are usually not recommended.

Laboratory tests are not required in the following otherwise healthy women aged over 45 years with menopausal symptoms:

Tests which may be undertaken in some women

Encourage a healthy lifestyle like Stopping smoking, losing weight and limiting alcohol, to take regular aerobic exercise and to ensure they have adequate calcium intake (around 700 mg/day). Avoidance or reduction of caffeine may help.

Most effective treatment to relieve the symptoms caused by the menopause completely, although may not be suitable for everyone. HRT is particularly effective in treating Vasomotor symptoms (hot flushes/night sweats), Mood swings, Vaginal and bladder symptoms.

Vasomotor symptoms are usually improved within four weeks of starting treatment and maximal benefits will be gained by three months.

Vaginal symptoms tend to be slower to respond to treatment and to recur if treatment is stopped. Topical HRT have good efficacy in the short-term treatment of menopausal atrophic vaginitis. However, vaginal lubricants can be effective to use as non-hormonal alternatives, especially if the main symptoms are pain on intercourse due to dryness.

HRT can often help to alleviate low mood which arises as a result of the menopause.There is no good evidence that antidepressants improve the low mood that is associated with the menopause.

The quality, purity and constituents of complementary treatments may be unknown.

Early menopause is defined as a menopause between the ages of 40 and 45 years. This occurs in up to 20% of women.

All women with an early menopause have an increased risk of osteoporosis, cardiovascular disease and dementia if they are not given HRT appropriately.

In essence, the principles of estrogen replacement are the same as for women experiencing menopausal symptoms and problems at any age. However, the symptoms may be more severe in premature menopause, particularly after surgical menopause, often requiring higher doses of estrogen than those needed following spontaneous menopause at a later age. In addition, the etiology of the premature or early menopause needs to be considered, as this may change the treatment offered (eg. if it were following surgery for an estrogen-sensitive cancer).

Women with an early menopause should be offered HRT unless contra-indicated. It is normally continued until they reach at least 51 years. There is no evidence that there is any increased risk of breast cancer compared with normally menstruating women of the same age. They may need larger doses of HRT to control vasomotor symptoms.