WANT TO BE A MOTHER!!

Couples that should seek help early are: 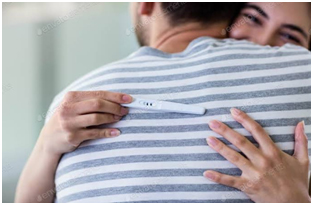 Infertility means not being able to get pregnant after one year of trying (or six months if a woman is 35 or older). Women who can get pregnant but are unable to stay pregnant may also be infertile.To get pregnant:

Infertility can happen if there are problems with any of these steps.

Is infertility a common problem?

Yes. About 10 percent of women ages 15-44 have difficulty getting pregnant or stayingpregnant.

Is infertility just a woman’s problem?

What causes infertility in men?

Infertility in men is most often caused by:

What increases a man’s risk of infertility?

Overall health and lifestyle may affect the health or number of sperms, include:

What causes infertility in women?

Less common causes of fertility problems in women include:

What things increase a woman’s risk of infertility?

Many things can change a woman’s ability to have a baby. These include:

How does age affect a woman’s ability to have children?

How long should women try to get pregnant before calling their doctors?

It should be at least one year. Women 35 or older should see their doctors after six months of trying. A woman’s chances of having a baby decrease rapidly every year after the age of 30.

It is a good idea for any woman to talk to a doctor before trying to get pregnant. Doctors can help you get your body ready for a healthy baby. They can also answer questions on fertility and give tips on conceiving. Some health problems also increase the risk of infertility. So, women should talk to their doctors early if they have:

How will doctors find out if a woman and her partner have fertility problems?

We do an infertility checkup, involves a physical exam, also both partners’ health and sexual histories. Sometimes this can find the problem. However, most of the time, you need to do more tests.

In men, evaluation begins withtesting the semen for the number, shape, and movement of the sperm. Sometimes they also need for testing the level of hormones.

In women, the first step is to find out if she is ovulating each month. There are a few ways to do this. A woman can track her ovulation at home by:

If ovulation is normal, there are other fertility tests available.

Some common tests of fertility in women include:

Finding the cause of infertility can be a long and emotional process. It may take time to complete all the needed tests. So don’t worry if the problem is not found right away.

How do doctors treat infertility?

Infertility can be treated with medicine, surgery, artificial insemination, or assisted reproductive technology. Many times these treatments are combined. In most cases infertility is treated with drugs or surgery.

Doctors recommend specific treatments for infertility based on:

We often treat infertility in men in the following ways:

In women, some physical problems can also be corrected with surgery.

What is intrauterine insemination (IUI)?

Often called artificial insemination, woman is injected with specially prepared sperm. Sometimes the woman is treated with medicines that stimulate ovulation before IUI.

IUI is often used to treat:

What is assisted reproductive technology (ART)?

ART is a group of different methods used to help infertile couples. ART works by removing eggs from a woman’s body. The eggs are then mixed with sperm to make embryos. The embryos are then put back in the woman’s body.

Success rates vary and depend on many factors. Some things that affect the success rate of ART include:

ART can be expensive and time-consuming. But it has allowed many couples to have children that otherwise would not have been conceived. The most common complication of ART is multiple fetuses. But this is a problem that can be prevented or minimized in several different ways.

What are the different types of assisted reproductive technology (ART)?

Common methods of ART include:

ART sometimes involve the use of donor eggs (eggs from another woman), donor sperm, or previously frozen embryos.

Women with no eggs or unhealthy eggs might also want to consider surrogacy. A surrogate is a woman who agrees to become pregnant using the man’s sperm and her own egg. The child will be genetically related to the surrogate and the male partner. After birth, the surrogate will give up the baby for adoption by the parents.

Women with ovaries but no uterus may be able to use a gestational carrier. This may also be an option for women who shouldn’t become pregnant because of a serious health problem. In this case, a woman uses her own egg. It is fertilized by the man’s sperm and the embryo is placed inside the carrier’s uterus. The carrier will not be related to the baby and gives him or her to the parents at birth.